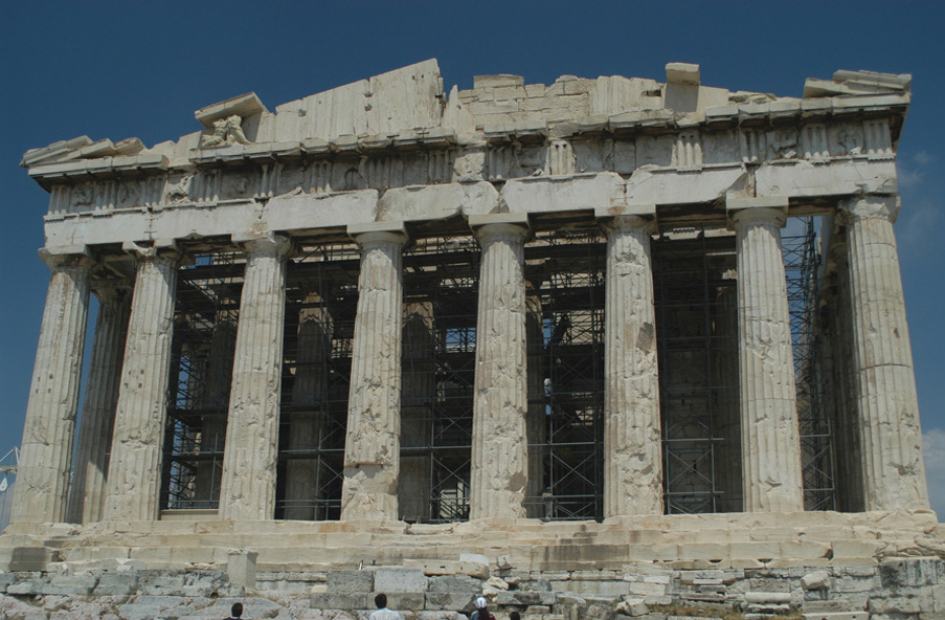 Think You Spend A Long Time At The Computer? Think Again.

Archaeologists working on a shipwreck in Greece have discovered what they believe to be 2,000 year old body of a man next to an early form of computer.

Shipwreck With Link To Today’s Technology.

The discovery of the remains of a man right next to an early kind of analog computer was made at a shipwreck off the Greek island of Antikythera. It is believed that the now badly corroded analog computer device known as the ‘Antikythera mechanism’ was originally used for calculating planetary movements.

Human Remains Next To Early ‘Computer’.

Although the shipwreck was actually discovered as far back as 1900 this is the first time that archaeologists have been able to uncover the remains of some of the crew.

Archaeologists have been surprised by how well the 2,000 year old bones and teeth of the crew member found next to the device have been preserved. The crew member is believed to have been a young man

About the Device - The ‘Antikythera Mechanism’.

Ever since the discovery of the Antikythera Mechanism which is widely believed to be the world’s first computer, some more adventurous theories have speculated that the device was of extraterrestrial origin. Most scientists accept now that it represents very much an early earthly foray into what we know as computers.

Even though the brass and wood device was found with many other artefacts in the wreck back in 1900 it was ignored until 1951, after which it was studied by many scientists.

Even though noted physicist Richard Feynman is reported as saying that the remains of the device look like “the inside of a modern wind-up alarm clock” it was designed to monitor celestial events, seasons and festivals. The Antikythera Mechanism consists of at least 30 bronze gears in a wooden container the size of a shoebox. A crank in the mechanism made the gears rotate dials and rings which have inscriptions and annotations of Greek zodiac signs and Egyptian calendar days on them.

Similar astronomical clocks didn’t reappear in Europe until the 14th century and it is thought that the knowledge needed to build a device like this had simply been lost through time, perhaps due to its specialised nature and / or the cost of building it.

This goes to show that the computers we use in the workplace today actually have their origins thousands of years ago, and although today’s technological developments now appear to move very quickly, it actually took us a very long time just to get to this point.