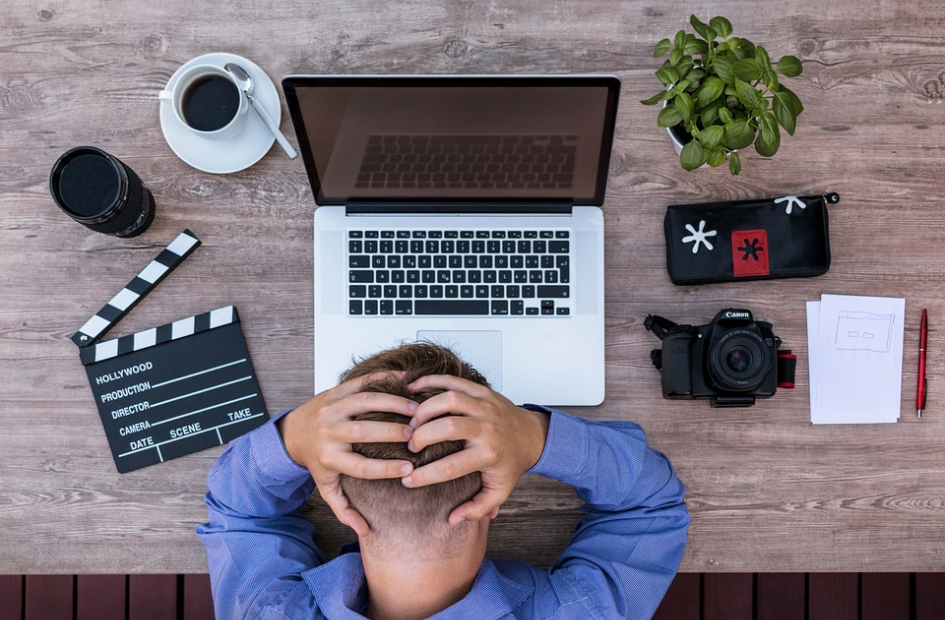 We have all heard the well-known phrase "A good craftsman never blames his tools". However, over the last few years, there has been tremendous growth in the emphasis placed on tools and workflows that require technology.

Did you know, almost seven million UK workers have rated themselves as unproductive (which study / report has yielded these figures? It would lend more credibility to the argument to cite the report)? Technology has been indicated as the primary reason for this productivity crisis that the UK is currently facing (really?). Technology is a key factor in the productivity crisis the UK is currently facing. Furthermore, government economic forecasts fell far short of the original productivity growth estimates for 2017, reduced from 1.2 percent to just 0.2 percent. It is highly likely this number is only going to worsen in 2018, leading to an enormous amount of strain on the government's budget and workplace regulations (why on workplace regulations?).

Blaming IT systems for lack of productivity has become an almost universal excuse in many organisations. Employees blame IT systems for lack of productivity. (As a result, failure to meet deadlines being blamed on an IT glitch or flawed software programme may be considered by Senior Managers to be simply an excuse. However, some employees may indeed be suffering as a result of poorly performing IT software or equipment.

The recent market studies reported almost two-thirds of British workers are sidetracked from their work because they are expected to help their not-so-tech-savvy co-workers. Additionally, a significant portion of their time is wasted in solving their own IT issues. Crucial states UK workers spend an average of 17 minutes per day dealing with uncooperative IT systems. . In other words, an employee almost loses 75 business hours per year just on technical issues - this undoubtedly

impacts productivity and, therefore, the development of an organisation. Moreover, the cost incurred by businesses to deal with such issues is high. Researchers looking deeper into this issue found the most prevalent IT problems included computers and programs running slowly or crashing completely.

Tackling lack of productivity requires a multi-faceted approach including an audit of current workflow practices with a view to streamlining processes. However, there is no good reason for IT systems to be a common and taxing source of productivity loss.

If an employee is consistently pointing towards their computer system as a reason for not performing, assessing the system should determine whether the system is indeed at fault. If it is assessed as being faulty, then an easy solution is to recycle it and order a new one. However, this is not always necessary, nor the most cost effective solution.

How would you overcome this issue?

The (incorrect) assumption is usually that the whole computer is faulty, but this is seldom the case; more often, the fault lies with the failure of a small number of internal components that can be mended easily. All you have to do is efficiently evaluate the issue and take the proper course of action to optimise your system performance. This will not only result in better efficiency of your systems but also prove to be a catalyst for your employees' growth (do you mean, getting the system working properly will prompt the employee to perform better and deliver better results?).

The most obvious signs of a slowing system are the PC running hot, taking too much time to turn on, failing to run recurring programmes or if files are declining to open or load. Essentially, this means the systems are unable to deliver data quickly, adding to the time required for employees to complete their work expediently. A simple solution would be to upgrade the systems to boost their speed and data delivery processes. This, in turn, will enhance your employees' productivity as well. Improving the amount of memory on each workstation will directly increase the system's responsiveness. Extended memory also allows operators to run multiple windows and applications simultaneously.

Increasing computer efficiency can boost your employees’ efficiency and this improvement in computer performance can support productivity. In case your organisation is facing similar issues that cannot be fixed without an IT Support consultant, then reach out to us. Our team of IT specialists would be happy to help you resolve outstanding IT issues with a view to improving workplace productivity. We can ensure your company’s productivity entirely depends on your employees’ skills and nothing else.