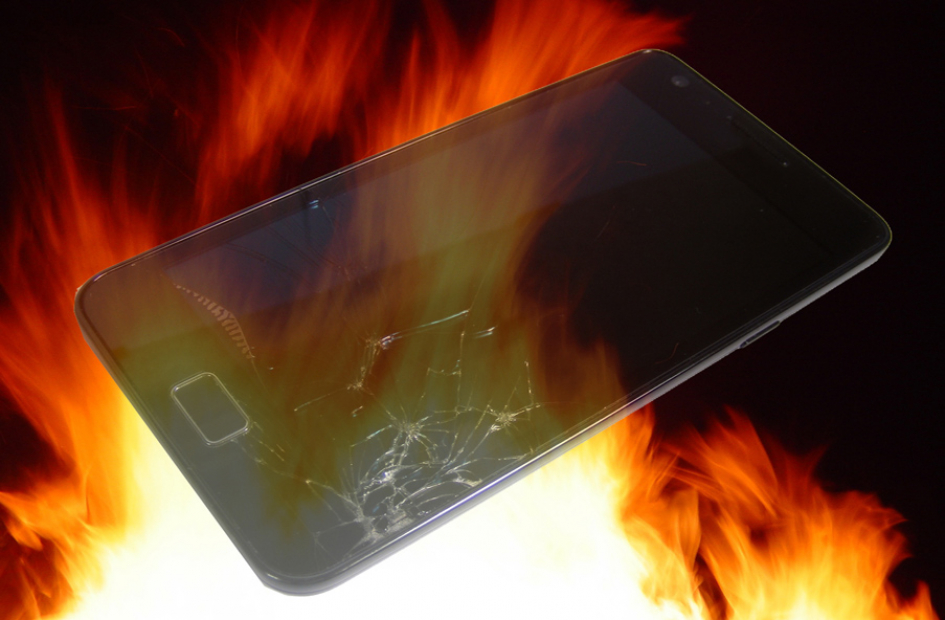 A type of crypto-currency mining malware has been found to overload an android phone with so much constant traffic that its battery physically bulges and bends the phone cover.

The Android phone-wrecking Trojan malware, dubbed “Loapi”, was discovered by Kaspersky researchers. In tests, after running it for several days mining the Minero crypto-currency, the android phone used in the test was overloaded with activity (trying to open about 28,000 unique URLs in 24 hours) to the point that the battery and phone cover were badly damaged and distorted by the resulting heat.

The Loapi malware is reported to have been found hiding in applications in the Android mobile operating system.

Loapi reportedly works by hijacking a smartphone’s processor and using the computing power to mine crypto-currency.

‘Mining’ refers to the process of completing complex algorithms to get rewards of new crypto-currency units e.g. Bitcoin.

Loapi uses Javascript code execution hidden in web pages (usually via advertising campaigns) with WAP billing to subscribe the user to various services. This works in conjunction with the SMS module to send the subscription message.

What makes Loapi particularly dangerous is the amount of device-attacking techniques present in it, and the modular architecture of this Trojan which means that more functionality could be added to it at any time.

Part Of Trend For Mining Scams

It is likely, therefore, that Loapi is loaded onto an android OS when a user visits a web page website where mining software / mining code is running in the background, without the knowledge of the website owners or visitors.
For the scammer who plants the code, they can use the power of multiple computers / devices to join networks so that the combined computing power will enable them to solve mathematical problems first (before other scammers) and thereby claim / generate cash in the form of crypto-currency.

A report by ad blocking firm AdGuard in October this year showed that the devices of 500 million people may be inadvertently mining crypto-currencies as a result of visiting websites that run mining software in the background.

Unfortunately, many cyber criminals are now trying to leverage the processing power of computers, smartphones and other devices to generate revenue from mining crypto-currency. Mining software e.g. Coin Hive, has been found in popular websites, and crypto-currency mining scams are now being extended to target cloud-based computing services with the hope harnessing huge amounts of computing power and using multiple machines to try and generate more income.

The increased CPU usage and slowing down of computers caused by mining scripts waste time and money for businesses, and this new threat of actually having your phone melted by malware adds another level of risk, including that of fire.

There are some simple measures that your business can take to avoid being exploited as part of this popular scam, although it is unclear how well these will work with the newly discovered Loapi. For example, you can set your ad blocker (if you’re using one) to block one specific JavaScript URL, which could stop the miner from running without stopping you from using any of the websites that you normally visit.

Also, browser extensions are available e.g. the 'No Coin' extension for Chrome, Firefox and Opera (to stop Coin Hive mining code being used through your browser).

You can generally steer clear of dodgy Android apps by sticking to Google Play, by avoiding cloned apps from unknown developers within Google Play, by checking app permissions before you install them, by keeping Android apps up to date (and by deleting the ones you don’t use), and by installing an antivirus app.

Maintaining vigilance for unusual computer symptoms, keeping security patches updated, and raising awareness within your company of current scams and what to do to prevent them, are just some of the ways that you could maintain a basic level of protection for your business.