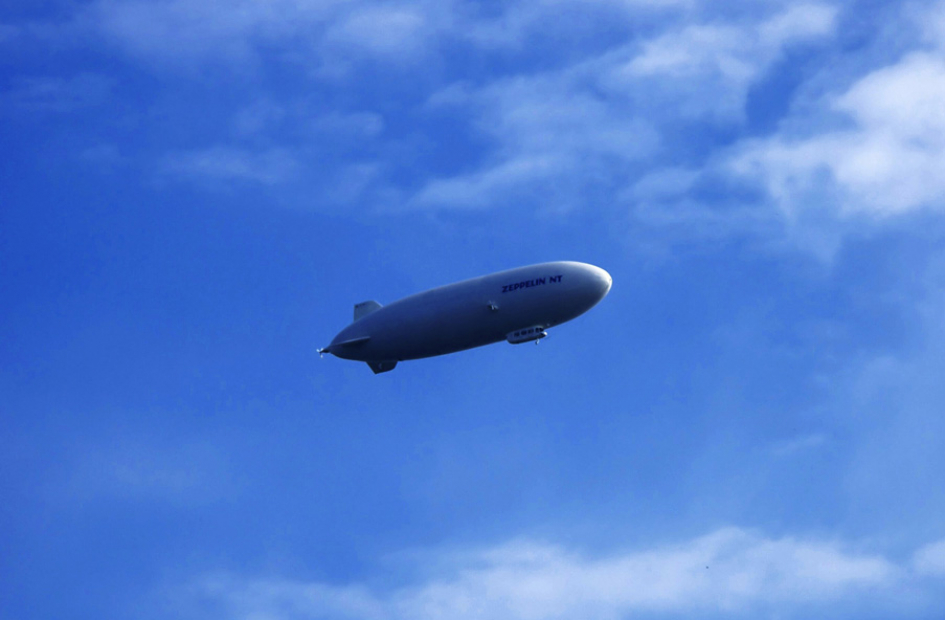 Amazon’s Warehouse In The Sky

News has surfaced of a patent that's reported to have been filed by Amazon back in December 2014 for a flying warehouse, or airborne fulfilment centre (AFC), that can use unmanned aerial vehicles (UAV) to deliver items to users. The patent has been recently unearthed and reported via Twitter by analyst Zoe Leavitt from CB Insights, who described the idea as ‘the Death Star of ecommerce”.

An Airship at High Altitude.

The AFC warehouse proposed in the patent would be an airship that is kept at high altitude e.g. 45,000 feet. Within the details of the patent, it is suggested that UAVs (drones) with ordered items on board could deployed from the AFC to deliver those ordered items to users’ designated delivery locations.

According to the details of the patent, the UAVs /drones that deliver the parcels from the main airship could simply descend using the force of gravity while navigating a horizontal path towards their location. This could, therefore, keep costs down for Amazon, and the savings could be passed on to the end customer in lower delivery charges.

The patent outlines how smaller airships could be used to replenish the AFC with stock, fuel and other supplies. The patent also suggests that human workers would be needed at the warehouse air-ship, and that they could be transported to and from airship using smaller airship shuttles.

Full details of the Amazon Technologies Inc. (Seattle) patent can be viewed on the U.S. Patent website here.

Amazon announced back in July 2016 that it had paid the UK government to allow it to embark upon the project to test parcel delivery to UK households by drone. The programme was designed to test whether automated drones would be able to safely and effectively deliver small parcels to the homes of customers, ideally within 30 minutes of them being ordered online.

In December, Amazon’s founder and chief executive Jeff Bezos confirmed the that the company’s first successful drone parcel delivery had taken place in Cambridgeshire and it took just 13 minutes to complete from click to delivery.

The airship warehouse may sound a little far fetched but the fact is that Amazon is already well on the way to making drone parcel delivery a reality.

The drone technology market could develop into a market that is worth billions of pounds and it could mean potentially lucrative business opportunities, cost savings, and other advantages for businesses that adopt these developing technologies for deliveries, or for other elements of their services.