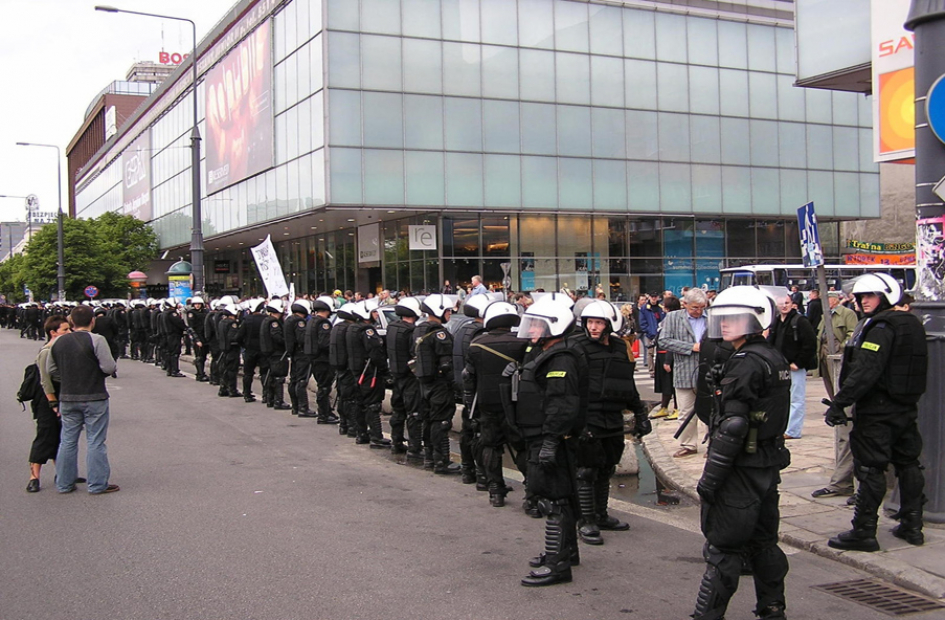 Google, GoDaddy, and Cloudflare’s decision to stop serving a neo-Nazi site has prompted a US-based digital rights group to express concerns about freedom of speech being compromised.

After much public pressure, all three web companies pulled the rug from under The Daily Stormer, saying it violated their terms of service. The Daily Stormer is a neo-Nazi and white supremacist news and commentary website that has recently gained media attention after vilifying Heather Heyer, the 32-year old killed in the car attack in the Charlottesville violence.

GoDaddy were reportedly first to act by pulling DNS services for the neo-Nazis, followed by Google (Domains) when The Daily Stormer tried to move its site there, and finally, Cloudflare (which had initially provided the site's DNS and a proxy service) followed suit when the neo-Nazi website implied that Cloudflare supported their cause and agreed with the content of their articles.

The decisions of these 3 web companies did not sit well with the Electronic Frontier Foundation (EFF) which has reportedly stated that no-one, not even the government and private companies, should decide who can speak or not. The EFF has pointed out that internet companies control so much online that their decisions about this particular matter that will impact freedom of speech in future, and could have far-reaching effects.

Cloudfire’s CEO Matthew Prince explained on the company’s blog that the reason for expelling the site from their servers was not because of the Nazi views that it expressed, but because it had said that Cloudfire secretly agreed with its views (which Cloudfire has clearly stated that it does not).

Hiding In The Dark Web

With no company now wanting to host the site, and with hackers worldwide relishing the opportunity of launching all manner of attacks on the website, The Daily Stormer has had to retreat to the Dark Web.

What / Where Is The Dark Web?

The Dark Web refers to a collection of websites on private, encrypted networks built from connections between trusted peers using unconventional protocols. It is only accessible by means of special software, configurations or authorization. Most websites on the Dark Web hide their identity using something called the Tor encryption tool, and sites on the Dark Web cannot be found through search engines or by using traditional browsers. The Dark Web is just one part of a massive network not indexed by search engines like Google, known as the Deep Web.

Freedom of Speech For All

While the EEF has acknowledges that a stand against violence and aggression must be made, it has also pointed out that the methods used to silence neo-Nazis could, in theory, be used on anyone. For this reason, the EEF believes that the expulsion from the Internet by GoDaddy, Google, and Cloudfare could have a compromising effect on freedom of speech on the Web in future.

The EEF occupies a clear position to protect free speech, especially on the Internet, regardless whether they agree with what is being said, and with the principle that no one (including governments and private companies) should be able to decide on who can speak or not

While freedom of speech is important, in the business world, being publicly associated in any way with unpopular, racist, hate-promoting violent groups / organisations is very bad for business, and could become a PR disaster with long-lasting negative effects if not handled correctly. It is, therefore, not surprising that some big web players were able to make a very quick decision to distance themselves from The Daily Stormer, and their actions in this case could also be justified on moral and ethical grounds too.

This story also raises other important issues and angles including: